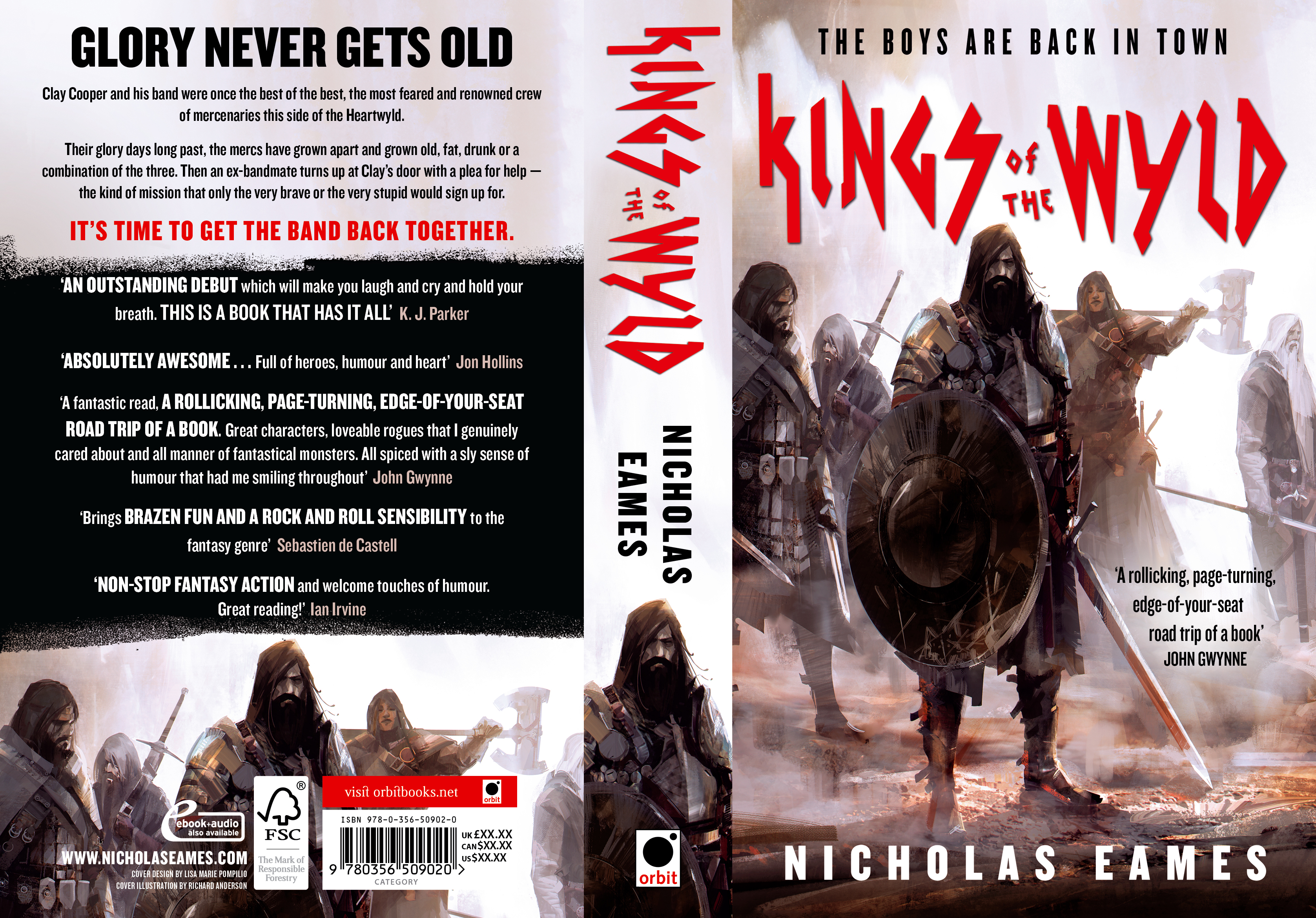 First things first, let’s get something out of the way: the saying ‘don’t judge a book by its cover,’ well, sometimes you can’t help it. I’m sure there are readers out there who will argue that the saying is sound advice, but in the case of Kings of the Wyld by upcoming author Nicholas Eames…HOW CAN YOU NOT?!? I mean, look at it – IT LOOKS AWESOME! And it comes with high praise from none other than the fantasy giant John Gwynne (author of Malice, Velour, Ruin and Wrath – oh, and pun intended), which again, is on the cover.

I’ve judged it, and I’ve been found wanting…of this book!

Nicholas Eames is already making a name for himself, and the book isn’t even out yet! His debut, Kings of the Wyld, billed as fantasy meets classic rock (a match made in heaven!), is due out at the end of February. I think it’s safe to say that this is certainly starting 2017’s book releases on a high, and Publishers Weekly would agree, having given Kings of the Wyld a starred-review.

Before Nicholas becomes a rockstar of the fantasy world (again, pun intended!) I had the chance to drag him to one side and ask him a few questions about himself and Kings of the Wyld.

ME: Hi Nicholas! In 50 words or less, introduce yourself. 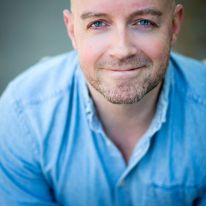 NE: Oh, don’t worry: low word counts are my specialty!  I’m Nicholas Eames!  I wrote a book called ‘Kings of the Wyld’ and then, through a series of extraordinarily fortunate events, I got a book deal!

Your day to day life. Work, home, hobbies etc. How do these impact your writing?

Well I work in the restaurant industry, which means the hours are flexible and I’m inclined toward being a night owl.  As for hobbies, I like to think that my two favourites–video games and avid reading–help to stimulate creativity, and inspire me to create something as awesome is the games I play and the books I love.

How did you get into writing? What made you want to write? And how long have you been writing for?

I WAS BORN TO WRITE! Just kidding, I was born to eat cookies and while playing Final Fantasy. Seriously, though, I’ve been writing since I was a kid.  What made me want to be a writer, however, was reading the books of Guy Gavriel Kay.  They are among the most beautiful things I know, and I can only hope to inspire anyone the way he’s inspired me.

Tell us a little bit about your debut fantasy novel ‘Kings of the Wyld’. Again, in 50 words or less, sell it!

It’s the story of five mercenaries reuniting after decades apart to rescue the daughter of their leader, Gabriel.  It’s face-paced, sometimes poignant, and often funny. Essentially, it’s about the lengths to which people will go for the sake of friendship, and love.

Kings of the Wyld is heralded as fantasy meets classic rock. Do you have a playlist to accompany the story? If you could pick one song, and only one song, to sum up the book what would it be?

There is a playlist, yes.  There will be a spoiler-free and spoilery version of it on my website once the book is out (UPDATE – it’s here).  Certain characters and specific scenes were very heavily influenced by particular songs.  And the ‘one-song’ thing is actually easy: along with every major edit or revision I would send my editor the youtube link to ‘Baba O’Riley’ by The Who. If there is ever a movie, I’d like to think that song would open it.

Where did Clay and the rest of the band come from? What inspired them?

They are meant to be (again, very subtle) representations of members in a band.  The frontman (the charismatic leader), the axe-man (literally), the drummer (a knife-wielding rogue), the zany keyboardist (wizard), and the quiet bass player (our hero, Clay), who is rarely recognized, but without whom the music would have no soul.

What was the hardest thing about writing ‘Kings of the Wyld’?

Writing it fast so no one would steal my idea, obviously.

If you could change anything, anything at all, before the book is released into the ‘wyld’, would you?

I’m finicky about specific words and the cadence of sentences, so there’s probably a bit of grammatical stuff, but otherwise…nothing.  It’s not the best book in the world–not by a long shot–but it is my favourite book in the world, as odd as that may sound.  You know that saying, ‘Write the book you most want to read’?  Well, I did.

What did you learn from writing the ‘Kings of the Wyld’?

That characters are everything.  The first draft of this book didn’t have anything like an antagonist, and it rehashed nearly every trope in fantasy, but it still landed me an agent and an editor.  When you read a book about people you genuinely care about, well, they could sit around drinking hot chocolate and tossing logs on a fire and it would still be entertaining.  To be clear: my book is not about people drinking hot chocolate by the fire…not all of it, anyway.

Any advice to would-be writers out there?

I worked on a book for almost 12 years that I was dead sure was the exception to the ‘nobody publishes their first book’ rule.  It wasn’t, but it took me way too long to come to terms with that.  The difference between that book and ‘Kings of the Wyld’ is that it was an attempt to emulate my favourite writers, whereas KOTW is written in my own voice.  Ultimately: don’t be afraid to start something new.  It’s daunting, I know.  You’ve got this.

And finally, in 10 years’ time what’s the one thing that you want readers to remember from Kings of the Wyld?

I know it’s asking a lot, but I’d like for them to remember its characters with the fondness of old friends who you never see but you hope are happy, wherever they are.

6 thoughts on “Interview: Nicholas Eames, author of ‘Kings of the Wyld’”